Note: This article was originally published by our partner NewCities – a global nonprofit committed to shaping a better urban future – as part of their ‘Big Picture‘ guest blog series. This month, the theme is ‘Cities at Night‘, which explores ‘how cities harness the power of the night’. Jean-Francois Rheault, Director – North America at Eco-Counter, contributed this article.

Cities around the world are experiencing a cycling revolution. In the face of congestion, rising commute costs and climate change, more and more urbanites are choosing the bicycle as a form of transportation. From smaller cities, such as Halifax, Canada, who just last month installed their first ever protected bike lane, to sprawling metropolises, such as London, UK, which last year saw the biggest increase in cycling since records began, cycling is changing cities and the way we move around them.

At Eco-Counter, our automated bike counters help cities track those changes and plan for the future. Automated bike counters, whether they are installed for one week or year-round, provide planners with crucial information on how and when streets are being used by cyclists. Each year, we analyze data from more than 3,000 of those bike counters in 39 countries to release the Worldwide Cycling Index, which estimates the global progression of bicycle traffic volumes.

Between 2017 and 2017, cycling grew by 6% around the world. Looking closer, we see that cycling for commuting grew by 7%, while cycling for leisure grew by 3%. Growth was strongest in Poland, Chile, the Czech Republic, Sweden and Luxembourg, while Lille, Vancouver, Oslo, Basel and Berlin (among many others) saw strong growth at the city level. 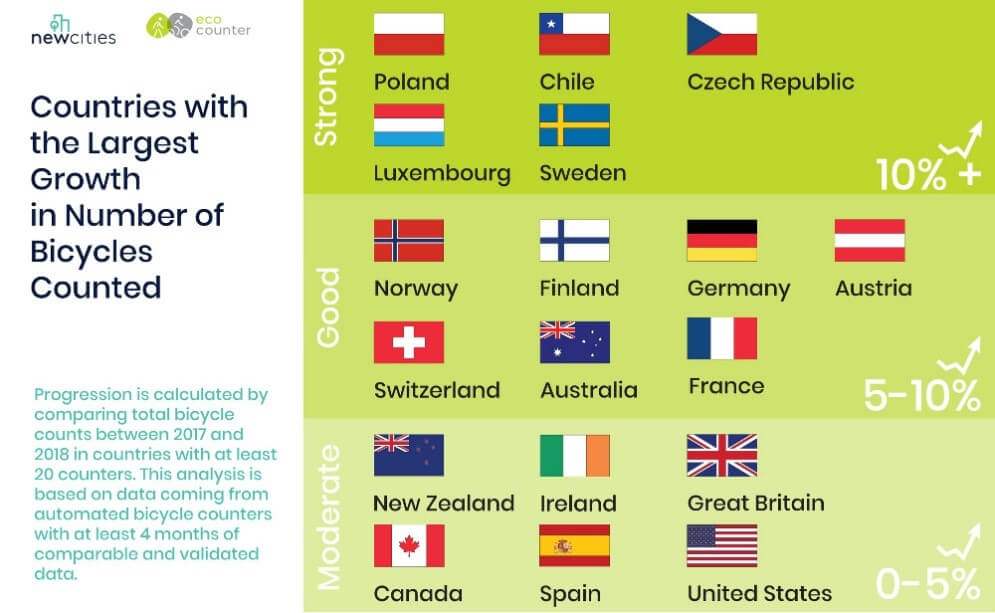 Analyzing such a large dataset provides interesting insights into how cycling patterns differ by region. On Gdańsk, Poland’s waterfront trial, for example, 35% more bikes are counted on a weekend versus a weekday, suggesting that the trail is primarily used for exercise and recreation. Rush hour patterns differ around the world too. In Sweden, weekday bike traffic peaks are observed early, at 7am and 4pm, compared to places like Germany, where the busiest bike traffic is seen at 9am and 6pm. 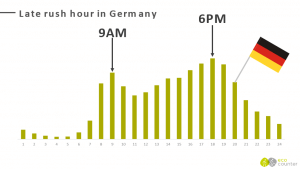 By focussing so heavily on recreation or traditional commuting hours, what our analysis – and the majority of bike planning to date – overlooks, is the large number of people using bicycles to get around while the rest of us are asleep. Understudied and under discussed, nighttime cyclists face a unique set of challenges. Cyclists are less visible to drivers at night and obstacles in the road, such as potholes, are hidden. Even city’s newest bike lanes often rely on existing street infrastructure, as opposed to dedicated lighting. According to the CAA, in Canada 1 in 3 cyclist deaths occur at night or where there’s artificial lighting, reinforcing the need for protected infrastructure for these vulnerable road users. 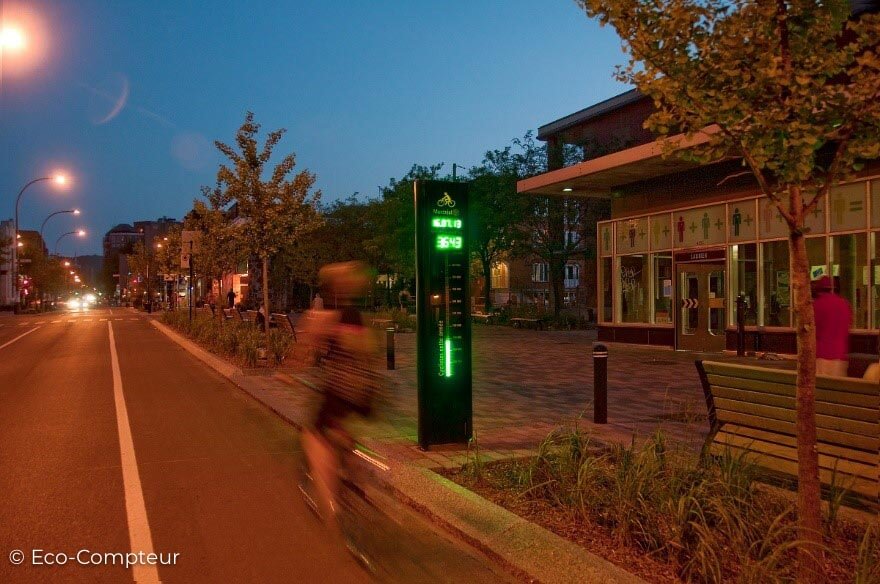 The numbers of cyclists at night may surprise you. Many cities see almost 10% of all daily bike traffic during the night, mirroring the ~10% of the population in some countries who work non-traditional hours. In cities with more developed cycling infrastructure, bicycles are a popular choice for residents returning from bars, restaurants, or other nighttime economy activities.

In Munster, Germany, nearly 10% of all bicycle trips take place between 10pm and 6am – that’s around 1,200 bikes counted on each bike lane, each night. On a Saturday night, those numbers almost double, with over 2,000 bike trips counted each night, accounting for nearly one quarter of all bike traffic that day! 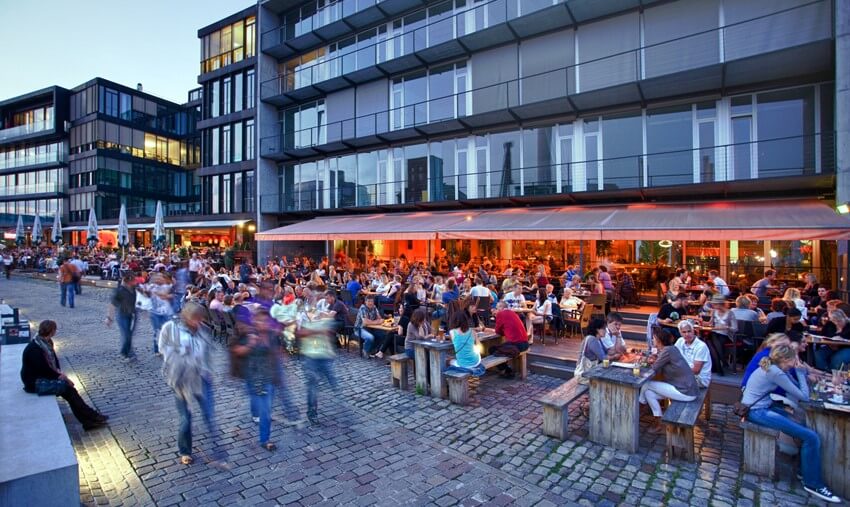 Hamilton, Canada, sees a similar trend. A town of 500,000, Hamilton is home to McMaster University and its 32,000 students. 11% of all bicycle counts in Hamilton are clocked between 10pm and 6am, a higher share than any other city in Canada. Maybe next year’s index can explore what percentage of late-night trips started at the student bar versus the library!

New York’s cyclists also live up to their city’s reputation for insomnia. In recent years, New York City has witnessed a cycling boom. An estimated half a million cycling trips are made each day, triple the amount from 15 years ago, partially in thanks to the arrival Citi Bike. Today, 11% of all bike trips take place during the night. A few factors explain this phenomenon. First, New York is an economic and employment hub, including a significant service industry reliant on nightshift labor; second, the ‘city that never sleeps’ has a renowned nightlife scene, any day of the week and; third, New Yorker’s ‘on-demand’ lifestyle has spurred goods delivery services by bicycle and cargobike at all hours of the day. 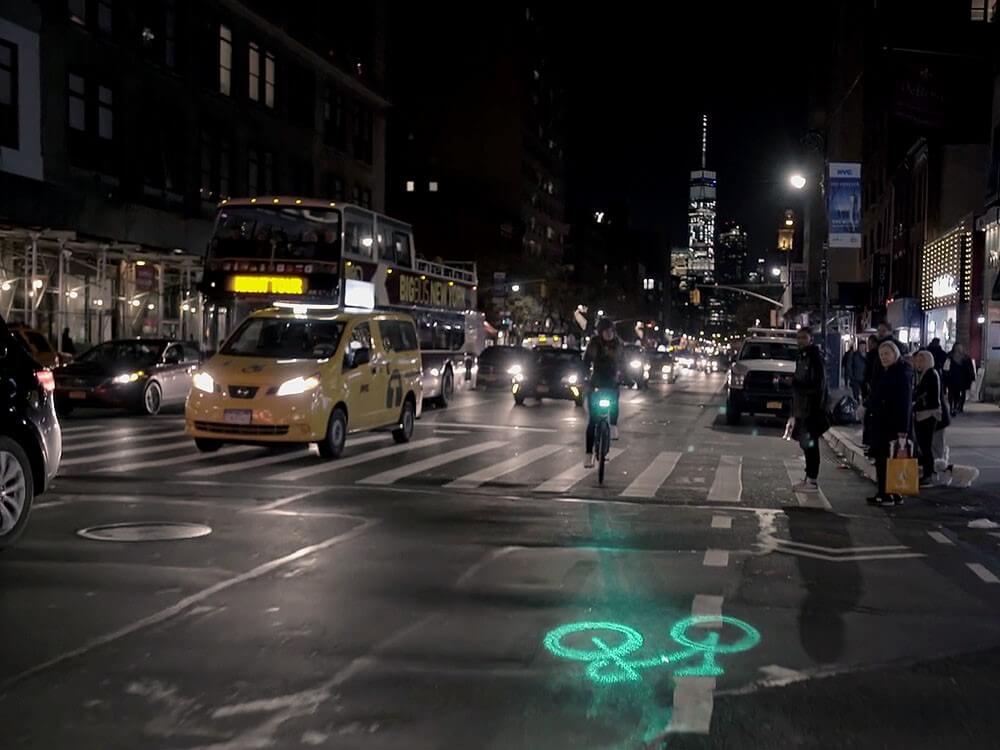 The prevalence of cycling at night merits a push for planners to take their data-data driven approach to bike planning and apply it to the darker hours. In the years ahead, as the cycling revolution grows, the number of people riding their bike at night will continue to increase unnoticed. It’s time to shine a light on nighttime cyclists and plan our cities for them too.

Velo-City 2021: Eco-Counter’s agenda for one of the biggest cycling…
Events News
As every year, we will have the great opportunity to attend Velo-City, the international exhibition that brings together leading cycling (...)
Unveiling the 2019 Worldwide Cycling Index!
Data Visualization
Today is the day we unveil the 5th Worldwide Cycling Index, a global analysis we are leading since 2014 on all our bicycle counters installed in the (...)
How They Use It #1 – Kevin Stefan & the…
Counting Projects Planner Resources
Today, we are starting a new series here on the Eco-Counter blog. Over the next few months, a collection of posts titled ‘How They Use (...)