Today, we are starting a new series here on the Eco-Counter blog. Over the next few months, a collection of posts titled ‘How They Use It‘ will shine a light on leading data practitioners and share the innovative and exciting ways they use counters and data. From creative PYRO sensor installations to state-wide counter rental programs, the series aims to highlight the hard work being done by individuals across North America.

In this first post, we look at a fantastic data-fusion statistical analysis presented last month at the 2019 Winter Cycling Congress in Calgary, Alberta. 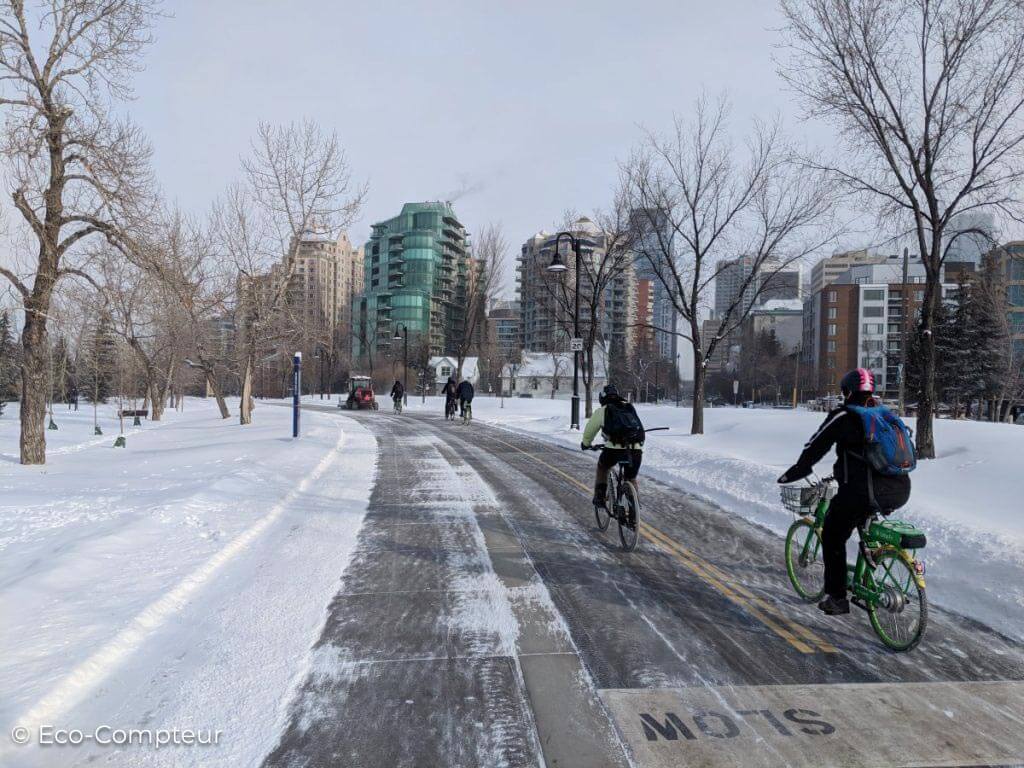 The breakout sessions during the conference showed off Calgary’s extensive, winter-maintained cycling infrastructure

Each February, the world’s leading experts on cold-weather cycling convene for the annual Winter Cycling Congress. Eco-Counter has proudly been a sponsor, exhibitor and presenter at the Congress for many years and, this year, the two-day event was held in Calgary, a City we have worked with for many years. With a fantastic network of maintained, 4-season cycling infrastructure and an average temperatures of -20’C (-4’F) throughout the conference, it was immediately clear why Calgary was hosting.

What can the data tell us?

On the first day, during the breakout session What can the data tell us?, we sat in on a presentation by Kevin Stefan titled Wondering What’s Winter Weather: A data-driven approach. Kevin is a transportation engineer with more than 20 years of experience, including more than 10 years at his current workplace, HBA Specto Inc. His expertise is focused primarily on travel demand model development work, including data preparation, estimation, calibration and validation, including programming in Python. 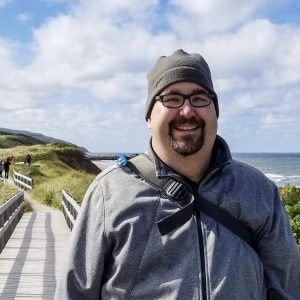 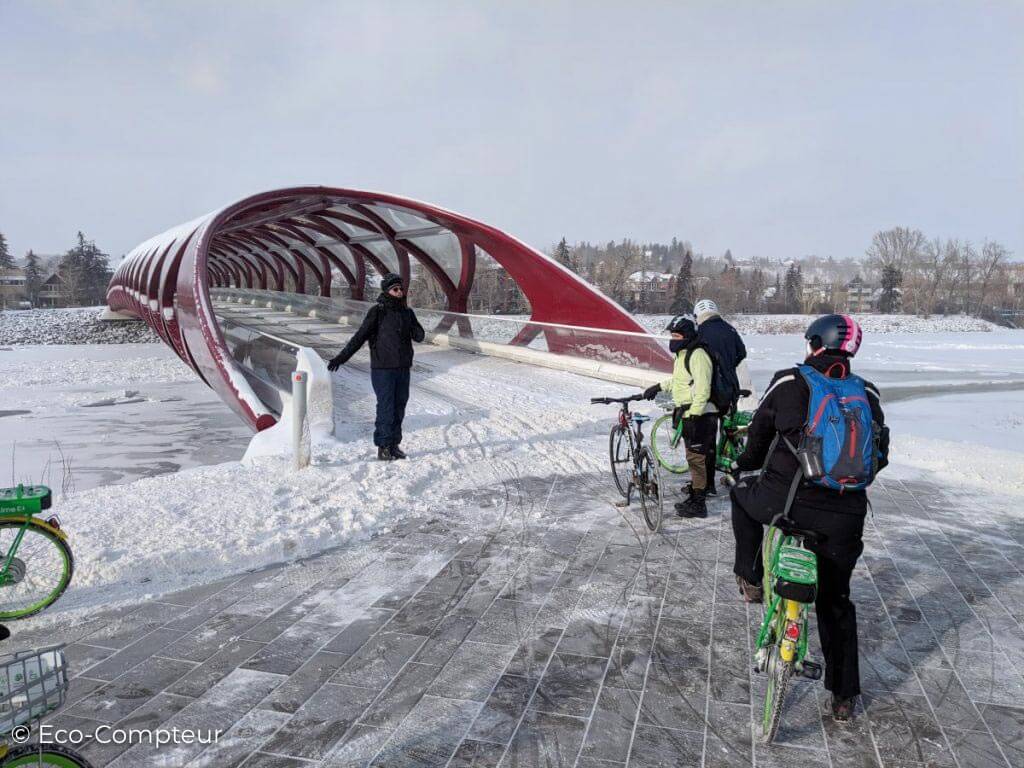 Calgary’s icon Peace Bridge is a crucial link to and from the City for pedestrians and cyclists. A MULTI counter, shown above, tracks daily, weekly and seasonal use trends.

The City of Calgary collects bike count data in 15-minute intervals, allowing Kevin to break down cyclists into four distinct groups, shown below.

The impact of weather – including temperature, rain, snowfall, snow on ground, wind, and daylight hours –  was then estimated on the number of bikes counted in each group. The results, much like Kevin’s methodology and presentation, are fantastic.

Snow, conversely, has a similar effect on all groups.

With regards to temperature, weekend cyclists are most sensitive, and peak cyclists are least sensitive. This suggests that for those who depend on cycling as a form of commuting for transportation, temperature is a minimal deterrent (above -15’C (5’F)).

Finally, other conclusions Kevin draws are:

Kevin’s work is a fantastic example of the power of storytelling through data. By combining automated count data with another dataset (in this case, public weather data), Kevin was able to dissect behavioral patterns of cyclists in Calgary. The conclusions from his study area clear, concisely presented and can be used to inform future planning decisions by the City of Calgary.

This blog post does not do justice to the complexity of Kevin’s model nor the hard work put in, so head over to his blog

– MeanMedianModeChoice.com (methodology or results) – to learn more his work.

Thank you Kevin, we love this.

Ridership Data in Calgary: Guiding Decision-Making The results are in! Cycling along the protected bike lane network in Calgary has tripled overall since its installation, according to the City of (...)
Winter Cycling Congress 2017 Highlights: Celebrating Successes and New Research The Winter Cycling Congress is an invaluable opportunity to discuss cycling during our favorite time of year- snow and all! Eco-Counter was excited (...)
Updates on Calgary’s Cycle Track Pilot Project General insight on Calgary’s cycle policy. Total bike trips, weather impact and satisfaction of cycle track (...)