Over 400 million trips logged by 2,725 counters spread across 32 countries. This is the data proved and validated for the Eco-Counter 2018 Worldwide Cycling Index that measures bicycle traffic trends from 2016 to 2017 in various countries around the world. Here are the results!

As the Eco-Visio database grows, so do the scope and range available for analysis for the Eco-Counter Worldwide Cycling Index. For the third edition, an additional 400 counting sites were added to the analysis, consequently feeding the Index with over 50 million more bicycle trips than in the 2017 edition.

Eco-Counter Worldwide Cycling Index: a stable trend for global bicycle traffic from 2016 to 2017

After seeing a stable trend from 2015 to 2016, the 2018 Index shows a stable trend for bicycle traffic between 2016 & 2017 (+0.2%). This global Index is calculated by measuring, checking and validating the difference between 2016 and 2017 total count data gathered from the 2,725 counters worldwide. The trend is then determined proportionally according to the population of the country where the counters are located (see detailed methodology below).

The analysis by population highlights a stable trend per country.

Then comes Netherlands, Sweden, Australia and Chile where the trend is stable. 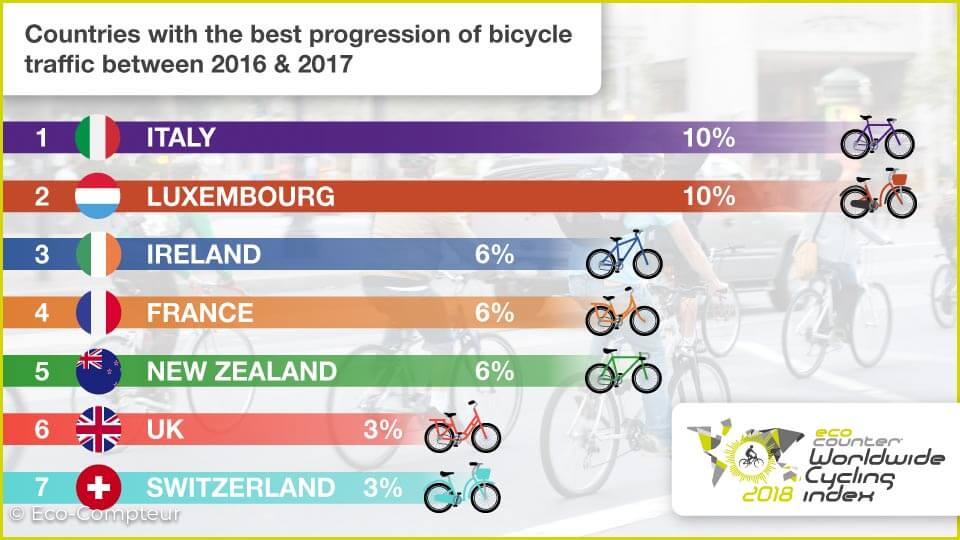 Top 5 Cities where bicycle use is growing the fastest 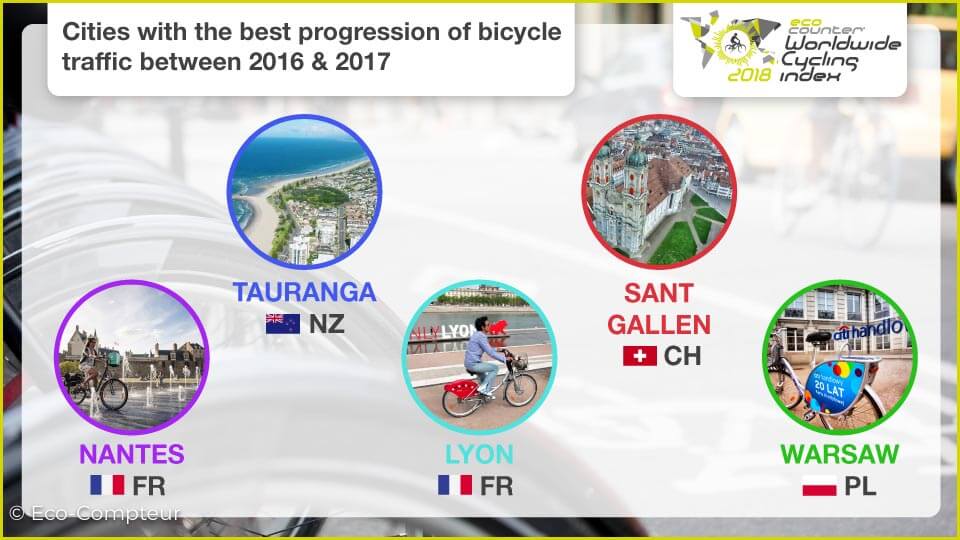 Full methodology is available upon request.