In the summer of 2021, the City of Montreal promoted the temporary conversion of 14 commercial streets into pedestrian zones. The goal was to create open spaces where people could safely eat, drink, and shop outdoors during the pandemic.

To evaluate the success of the initiative, the City commissioned Eco-Counter to analyze data from more than 25 counters distributed throughout seven of the participating commercial streets.

Initially, Eco-Counter worked with the participating organizations to develop the study’s methodology – from identifying counting sites to equipment selection and maintenance operations – to obtain meaningful pre- and post-conversion data. Our data analysts then validated and reconstructed the count data, investigating outliers and cleaning the data set accordingly. They were then able to assess various aspects of pedestrian traffic, such as average daily traffic volumes, weekday and weekend traffic patterns, and the impact of weather on pedestrian activity. By comparing the counts to the results of an on-site survey, our team was also able to estimate the share of typical modes used to access the commercial streets.

The analysis concluded that Montrealers embraced the initiative and made good use of the pedestrianized streets:

• Foot traffic increased between 17% and 86% when streets were closed to cars.
• Bicycle sensors indicated that the pedestrianized streets were also popular with cyclists. The average daily number of bicycles during pedestrianization was similar to that on established bike paths in the area.
• In general, there were more pedestrians on the streets on Fridays through Sundays, while the number of cyclists was higher on weekdays.
• The influence of weather varied by location and day of the week, with fewer pedestrians counted on rainy weekend days.
• Local streets were less sensitive to rain and high temperatures than major destinations that typically attract people from further away.

By comparing pre- and post-pedestrianization numbers, Eco-Counter was able to answer the City of Montreal’s questions about the initiative’s effectiveness and provide business owners with information about the best hours to open, how to allocate staff, and the best times to plan successful events.

The data could also be used to make streets and stores more inviting to shoppers by, for example, improving street design to provide shelter from the rain and relief from the heat. And by linking foot traffic, survey data, and transactional data, it’s possible to understand from where users are traveling, what they like about the pedestrianized space, and how the street can meet everyone’s needs. 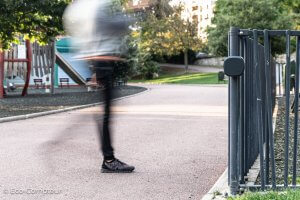 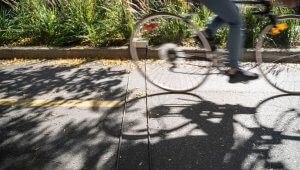 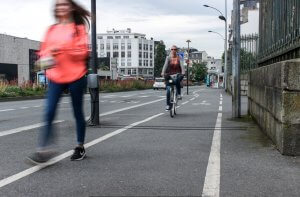 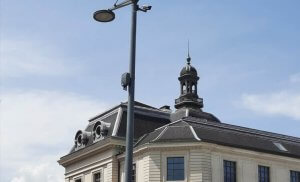 Our counters operate in all weather conditions and seamlessly transmit data to the Eco-Visio software.

How is your data working for you?

Great data means nothing if you don’t know what it’s telling you.

Eco-Counter’s data analysts can help you understand the data you collect so you can use it to manage your business and make better decisions.

New: Mobile MULTI to count pedestrians and cyclists!
News
Our new counter Mobile MULTI is now available! It is the ideal solution to count pedestrians and cyclists for temporary or mobile (...)
Assessing the impact of Car Free Day in Paris There are plenty of good reasons to analyze data from automatic Eco-Counters: to assess long-term trends (for instance, the annual evolution of (...)
Cycling.Insights, a new service to help communities better understand cycling…
News
On the occasion of the Velocity international trade show, Eco-Counter has teamed up with GeoVelo, the French leader in navigation app for cyclists (...)